We are the Guíld of Dívíne Soldíers [GoDS], a casual guild within the Gate of Madness. 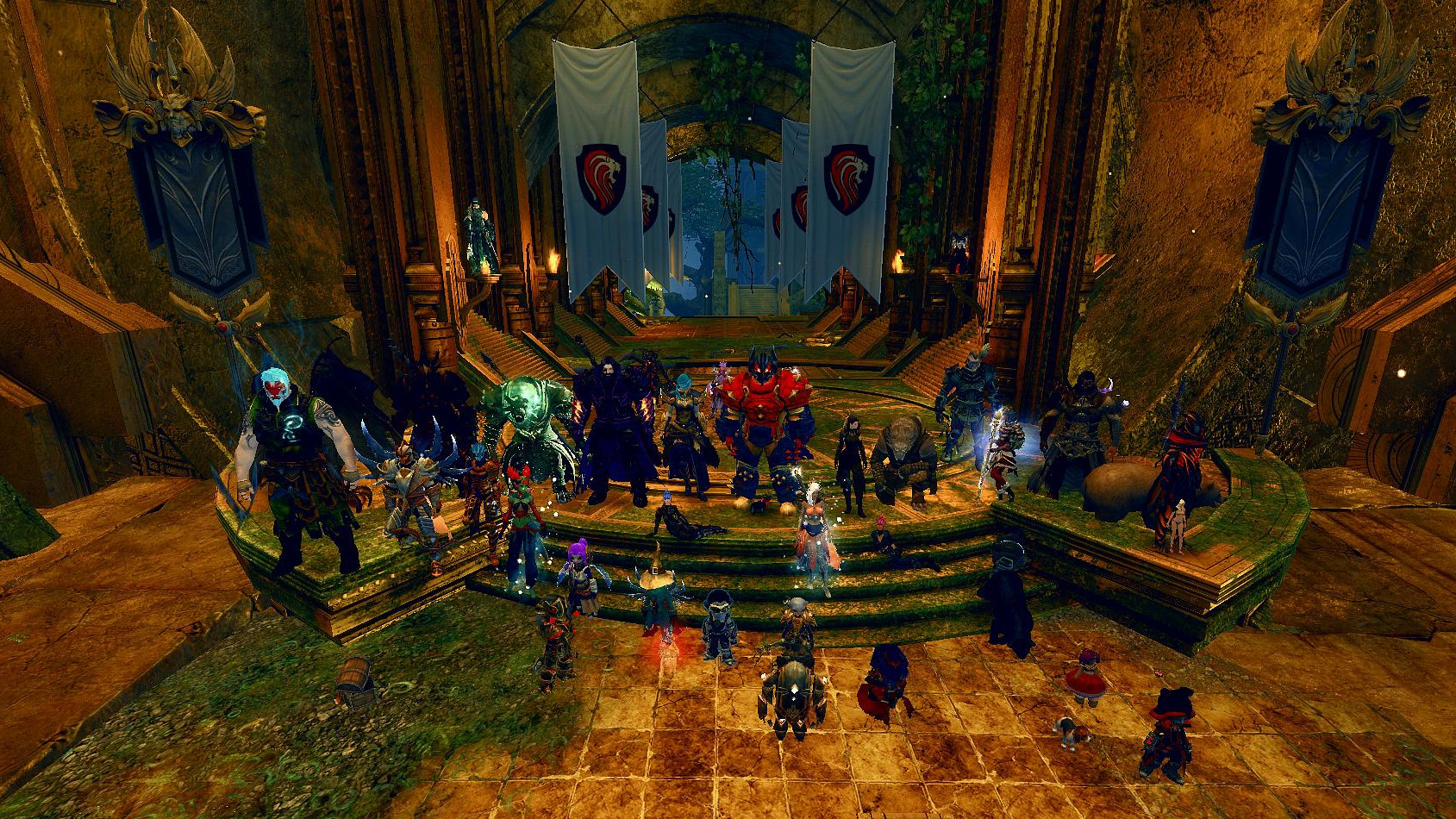 We do all kinds of stuffs, from world boss trains to dungeons, map exploration to guild missions, WvW to PvP. We have 24/7 guild buffs and many nice people and good players.

We are a family.

We welcome any and all kinds of players to join our guild.

We are a North American casual guild primarily on the Gate of Madness server in Guild Wars 2. We are a medium-size guild with more than 400 guild members, including 60+ active players.

We currently have nine ranks for our guild:

We would like to have guild members representing our guild in order to receive guild buffs, enjoy chat in the guild channel, and contribute influences to the guild so that we may maintain buffs and upgrades. However, we do not force our members to represent as long as they participate in guild missions when they are online. Note, however, that members of rank Soldier or higher are expected to rep 50% of the time they are online or they may be demoted, and players who do not rep regularly may be kicked if our roster reaches its maximum size.